Should they be banned? 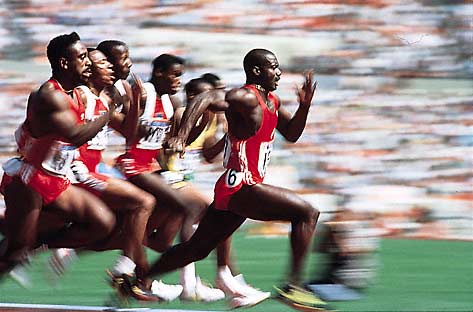 We had a lively discussion over lunch about drugs and sport. One of our number at church is an Olympic athlete and we had a heated debate about whether or not those who have broken the rules should be given a second chance. I listened as the discussion became more and more animated. There were broadly two views:
1) No second chance because the rules are the rules and you knew that so tough.
2) There are some occasions when mitigating circumstances permit a second chance and shouldn't everybody be allowed that? Even if you broke the rules knowingly but then you repent isn't that then OK?
When my moment came, I said that listening to them reminded me of the theological and pastoral complexity of the issue of remarriage and divorce. Some have a clear line in the sand that says never divorce. Others say that there are circumstances where a second chance is allowed (for more detail on this particular issue go here).
So, is God the God of grace and the second chance or is he the God of the law?
What about if he's both?
This goes some way to explaining what I mean.
at August 29, 2010

Well I am no theologian, but the God who took me in a while back is a God of about a gazillion chances...not just two.
I came to Christ because He sent me the most beautiful and wonderful Christian girl, and hanging around her brought me within range of the Holy Spirit. The rest as they say is history.

When i married Claudia, we couldn't marry at our church because of my previous mistakes (yes plural) in this department.
Which was a shame. But I am not bitter. Our blessing at HTB was every bit as good as a wedding would have been.
But I was sure of one thing. God wanted me to marry this fabulous woman. He wanted me to finally get marriage right. Everything about our relationship told us it was His plan - and He made that plan knowing i was formerly married,

I know he doesn't want us to divorce. I have no intention of doing so - but thats because i owe Him and love HIm and i want, this time, to be the bloke he is pleased with (for a change).

Not because of the law. Isn't that the point of the Cross?