Some months ago now I listened to a sermon called 'Romans: an introduction' and it awakened in me a desire to totally immerse myself in this letter. I have encouraged others to listen to this sermon and it has only had limited impact but one or two have joined me. So I realise I am rather alone on this adventure and today I come up for air at the half way point (126 sermons) in 'The Greatest Letter ever written'. Most mornings first thing I have hit the play button to be captivated afresh by the next instalment of the gospel. It's hard to put this experience into words. 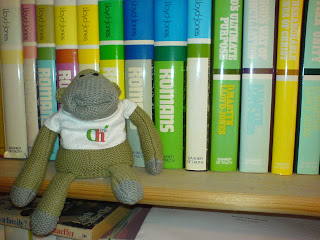 Romans has been an important letter for me. It was the letter God used to call me to preach as I read it over and over again while fly fishing in Patagonia. That was nearly a decade ago. Before that, I heard the letter taught by my Vicar on five evenings and many things from those talks have stuck with me. One thing that he said in the first talk I have recalled recently. He told us we would be studying Chapters 1-8 and then he said laughing ..'because to be honest I don't think I really understand 9-11'. Those may not have been the exact words but I have always remembered them. He was joking of course, but if John couldn't understand them what hope was there for me so consequently I never even bothered to try understanding nine to eleven. Most in the church, if they are familiar with Romans at all, never get further than eight and even then this knowledge is often selective. The complexity of Paul discussions about how God relates to the Jews is too much for most. So I come at this next section with trepidation and excitement in equal measure. My pal Matt has a great passion for this section of Scripture so we did spend some time chewing on bits of it at Vicar Factory but it seems its now time for the sit-down meal.

The sermon called 'The absolute sovereignty of God: What is Romans nine about?' will start you off.

I commend this so heartily that if I could make you sit down to listen to it I would in the hope that you might choose to join me for nine to eleven. I know, you've missed the first eight but don't worry you can hop on the bus at nine.

A text I received from someone after they listened to this talk:

Here is my recommendation.

1. Download the talks
2. Find a time and stick with it (early mornings, your commute, when you walk the dog, when you lunch, when you drive, when you have put the kids down for a sleep, when you do the ironing or tidy the house, when you exercise or last thing at night). There is time. There is.
3. Pray as you listen.
Posted by David Cooke at 7:27 AM