Some time ago I spent time listening to J I Packer preach about Catechism in two talks (here and here). It is, he believes, vital that this practice is recaptured by the church.

He also writes this, which I have been reflecting on:


“I have found that churches, pastors, seminaries, and parachurch agencies throughout North America are mostly playing the numbers game—that is, defining success in terms of numbers of heads counted or added to those that were there before. Church-growth theorists, evangelists, pastors, missionaries, news reporters, and others all speak as if
(1) numerical increase is what matters most;
(2) numerical increase will surely come if our techniques and procedures are right;
(3) numerical increase validates ministries as nothing else does;
(4) numerical increase must be everyone’s main goal.
I detect four unhappy consequences of this.
First, big and growing churches are viewed as far more significant than others.
Second, parachurch specialists who pull in large numbers are venerated, while hard-working pastors are treated as near-nonentities.
Third, lively laymen and clergy too are constantly being creamed off from the churches to run parachurch ministries, in which, just because they specialize on a relatively narrow front, quicker and more striking results can be expected.
Fourth, many ministers of not-so-bouncy temperament and not-so-flashy gifts return to secular employment in disillusionment and bitterness, concluding that the pastoral life of steady service is a game not worth playing.
In all of this I seem to see a great deal of unmortified pride, either massaged, indulged, and gratified, or wounded, nursed, and mollycoddled. Where quantifiable success is god, pride always grows strong and spreads through the soul as cancer sometimes gallops through the body.
Shrinking spiritual stature and growing moral weakness thence result, and in pastoral leaders, especially those who have become sure they are succeeding, the various forms of abuse and exploitation that follow can be horrific.
Orienting all Christian action to visible success as its goal, a move which to many moderns seems supremely sensible and businesslike, is thus more a weakness in the church than its strength; it is a seedbed both of unspiritual vainglory for the self-rated succeeders and of unspiritual despair for the self-rated failures, and a source of shallowness and superficiality all round.
The way of health and humility is for us to admit to ourselves that in the final analysis we do not and cannot know the measure of our success the way God sees it. Wisdom says: leave success ratings to God, and live your Christianity as a religion of faithfulness rather than an idolatry of achievement.” 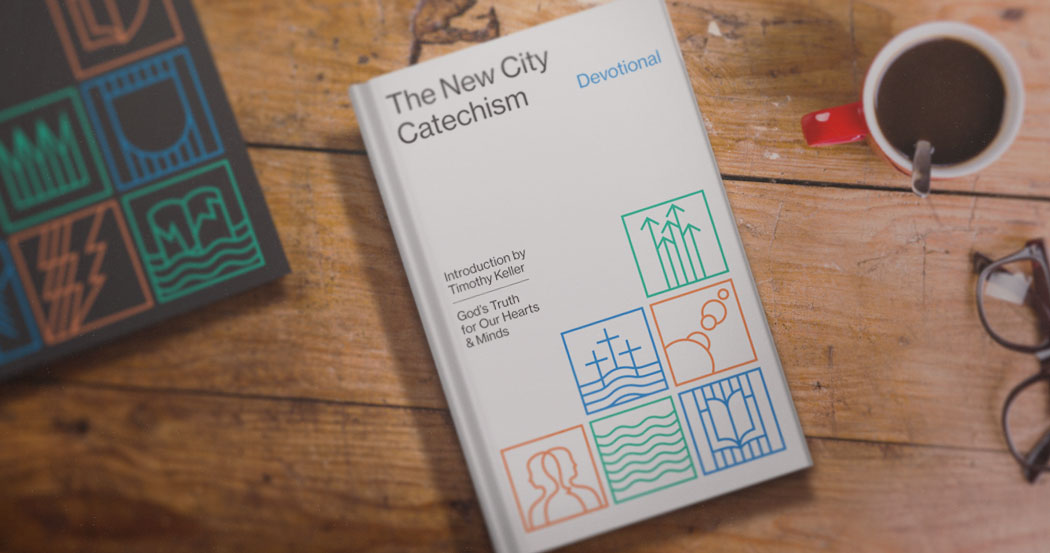 These talks on Catechism made a deep impression on me and so it's with interest that I see Tim Keller has now produced a resource called 'The New City Catechism' that takes what Packer says and puts it in an accessible resource for people to use. Here is a sneak peak at the contents.
at April 18, 2017